Purchased from the pet shop in the Covered Market in 1976, Emmanuelle was the most important resident at Regent’s, lovingly cared for by staff and students. Originally thought to be male, she was called Emanuel, but in more recent years it was confirmed that she was female and a slight adjustment was made to her name to reflect this.

Emmanuelle was a regular winner at the Corpus Christi Tortoise Fair during the 1980s and 1990s, and starred in Blue Peter in the 1980s, as photographs in the JCR bear witness, but in recent years had probably become bored with the TV lights and razzmatazz of celebrity status.

She still regularly competed in the Tortoise Fair (an ‘Emmanuelle Cup’ is extant in the College Archive in the Angus Library which records her lifetime service to the sport of tortoise-racing), and in recent years had started to regain her old form, coming third in the 2013 race. Students celebrated her ‘eleventy-first’ birthday party in summer 2014, raising over £700 for charity, a tradition that continued in every subsequent Trinity Term.

The position of ‘Tortoise Keeper’ is a JCR-elected position, traditionally held by a first-year student. In addition to this, Emmanuelle was a full Member of the JCR as a mark of the affection in which she is held by the students.

Emmanuelle died peacefully at the start of Michaelmas Term 2022 after struggling from multiple conditions relating to her old age. 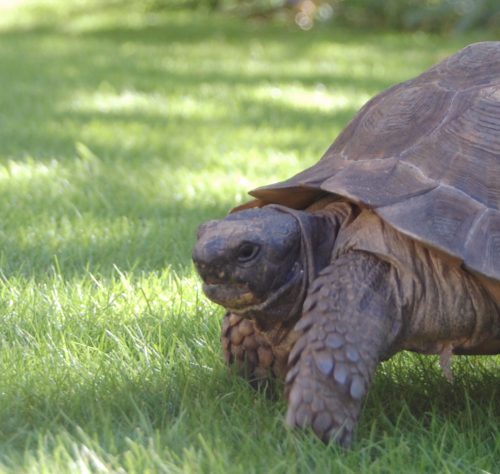