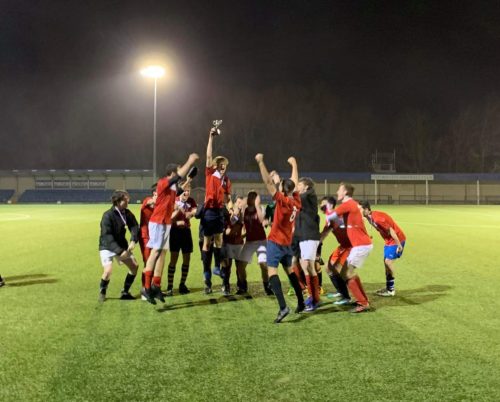 Having made it to the final of Reserve Cuppers, a very well-supported Regent’s-St Benet’s team made the journey out to Oxford City’s football ground on Saturday to play what promised to be an excellent evening of football against Jesus College. After a closely contested half hour, Regent’s-Benet’s finally took the lead as Enright bundled home; it was not to last, however, as on the stroke of half time the ball fell luckily for Jesus to score an opportunistic equaliser. Regent’s-Benet’s came out strongly in the second half and their pressure was rewarded as a penalty was won, and then coolly slotted away by Cunningham. Stern defending saw the rest of the match out relatively comfortably – and with the final whistle came jubilation as Regent’s-Benet’s secured the coveted trophy.